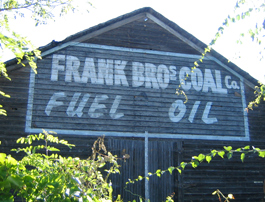 The year was 1932. Families gathered around their radios to listen to Louis Armstrong and Bing Crosby. The country was in the midst of the Great Depression, and Herbert Hoover was about to lose the presidential election to Franklin Delano Roosevelt. In Bay Shore, New York, three brothers from Italy opened Frank Bros. Coal and Ice.

Frank, Sam and Michael Del Vecchio, who had emigrated just a few years earlier, believed that a company of honest people providing honest personal service would succeed in any economy. They were right – and that credo is still the foundation of all Frank Bros. Fuel's polices. After World War II, the brothers expanded into fuel delivery and equipment sales, service and installation.

Today, the second generation of Del Vecchio brothers continues to deliver honest personal service along with year-round comfort services to their neighbors throughout Suffolk County. Frank Bros. now offers service and installation for heating, cooling and indoor air quality equipment, having expanded into air conditioning over 20 years ago and into gas service in 2014. Their professional, highly trained technicians install cutting-edge, energy-saving systems, and keep older units running efficiently with first-class service and repairs.

Frank Bros. is dedicated to providing honest personal service in everything we do. Our success is measured by the relationships we build, not the accounts we accumulate.